Anyone have a link to an album to deeply listen to? One of my favorites is:
Download it here: https://anonfile.com/hbu0f7i9o0/Dysnomia_-_Dawn_of_Midi_zH4lkK-vSco_mp3
Watch on youtube here: https://www.youtube.com/watch?v=zH4lkK-vSco 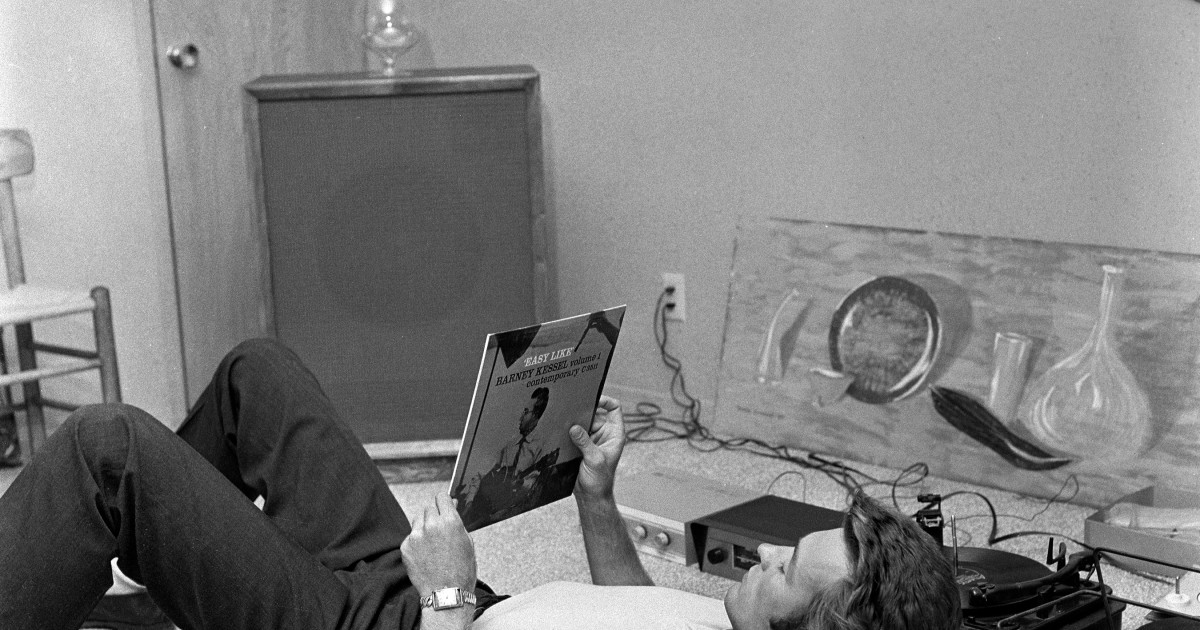 The lost art of deep listening: Choose an album. Lose the phone. Close your...

How to keep Coronavirus stress at bay: Listen, really listen, to your favorite albums, front to back, without distraction.


What’s your favorite album? When was the last time you listened — actually listened — to it from start to finish? With intention, like you were watching a movie or reading a novel.

Clear your schedule for the next three hours. Choose three full albums, whether from your collection or your streaming service of choice. Put them in an ordered queue as though you were programming a triple feature.

Musicians spend years making their albums. They struggle over syllables, melodies, bridges and rhythms with the same intensity with which you compare notes on the “Forensic Files” reboot, loot corpses in “Fortnite” or pound Cabernet during pandemics. 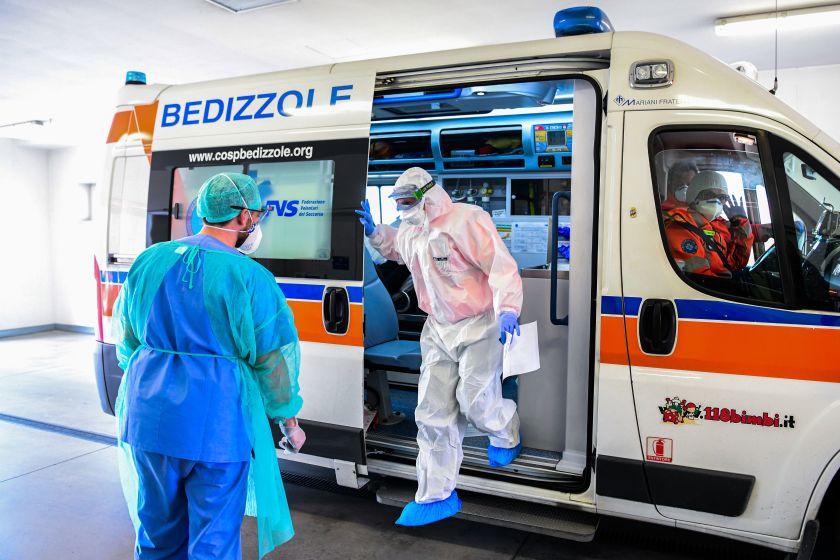 Coronavirus live updates: Schools likely to be closed for the rest of the school year, Newsom says

But most of us are half-assed when it comes to listening to albums. We put on artists’ work while we’re scrolling through Twitter, disinfecting doorknobs, obsessively washing our hands or romancing lovers permitted within our COVID-free zones. We rip our favorite tracks from their natural long-player habitat, drop them into playlists and forget the other songs, despite their being sequenced to be heard in order.

It doesn’t have to be this way. There was a time when listeners treated the mere existence of recorded sound as a miracle. A wonder, a kind of time travel. Priests warned of early wax cylinders being tools of the devil. Vintage images from the space age show couples seated around their high-fidelity systems as if being warmed by a fireplace.

The late experimental composer and teacher Pauline Oliveros coined the phrase “deep listening” for just this practice. Defining it as a kind of “radical attentiveness,” she wrote, “I differentiate to hear and to listen. To hear is the physical means that enables perception. To listen is to give attention to what is perceived both acoustically and psychologically.”

A Stravinsky symphony caused a riot. The least you can do is commit to deeply listening to three full albums. 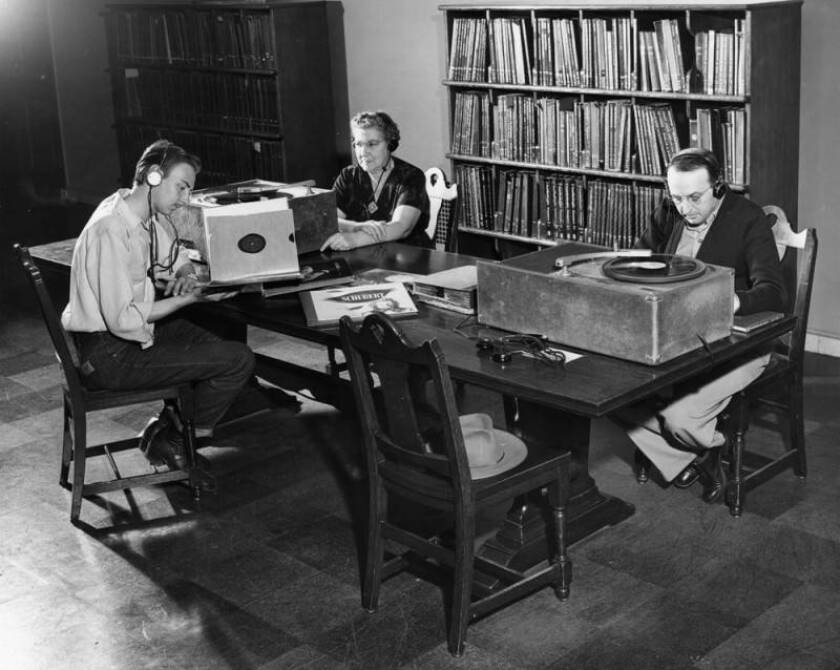 Visitors listen to music at the Los Angeles Public Library in this undated photo.

Which is to say, go dig a ditch in your backyard, put your phone in a Ziplock bag and bury it. Get comfortable on the couch, which, ideally, is centered in the sweet spot between the speakers. No stereo system? Put on your headphones (pro-tip: Audio-Technica has become the recording studio standard) or earbuds, or lock yourself in a closet with your best bluetooth speaker. Whatever works.

Stoners will probably tell you to consume an edible an hour prior. Scotch is wonderful. (LSD is illegal.) None of it is necessary. Mindfulness is essential. Light a candle or not. Doesn’t matter, but dimmed light will change the environment for the better.

Please don’t turn the volume up to 11. Set it at 8.5 and then make a pact with the voices in your head to shut the front door. The point is to listen with your ears in the same the way you read with your eyes, to absorb the flavor as you would (yet another) velveteen swig of Cabernet washing over your taste buds.

In 2006, the Staten Island rapper Ghostface Killah, best known as a founding member of Wu-Tang Clan, issued his fifth studio album. It’s about wine’s evil cousin, cocaine. Called “Fishscale,” the album is an hourlong, Tarantino-style action-adventure film, and one of three albums I programmed for a recent night with music.

A conceptually linked, drug-slinging series of vivid, F-bomb-dropping narratives set in the Wu-Tang cinematic universe, “Fishscale” stars Ghostface under his Tony Starks pseudonym. Unlike the rapper’s previous albums, though, for this one he stepped away from Wu-Tang producer RZA in favor of productions by legends including J Dilla, MF Doom and Pete Rock. The move broadens the landscape.

Snobs will tell you that you’ll need a belt-drive turntable connected to a tube amp driving a pair of Klipsch speakers, and that the only way to truly appreciate something like “Fishscale” is to listen to the Japanese vinyl pressing or something. That’s not the point here. Straight talk: Compact discs from the 1990s and ‘00s sound fantastic. And in a blind test you likely wouldn’t be able to distinguish between a 320k Spotify stream and a 2006 pressing of “Fishscale.” 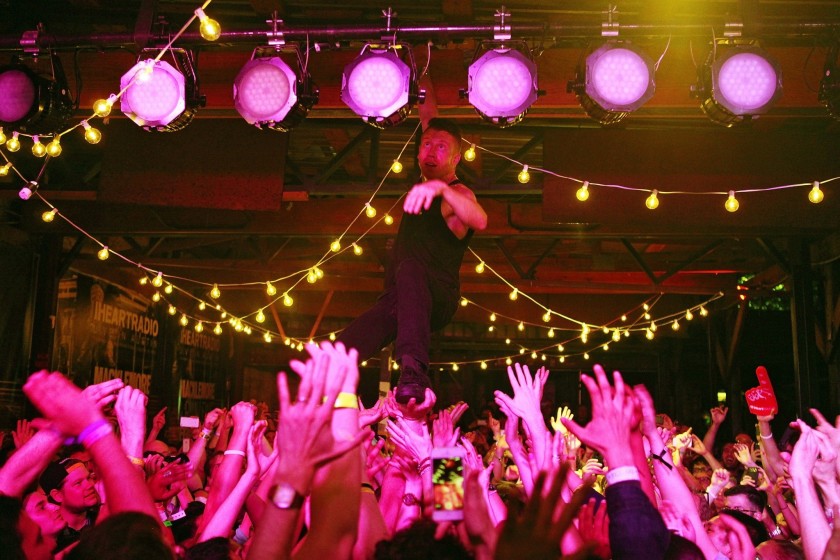 From Disneyland to Coachella, coronavirus has shut down these entertainment events

As a writer, Ghostface is unparalleled. His love of wordplay, his urgent delivery and frantic phrasing move across bars with the singsong freedom of five-minute John Coltrane solos.

After a cuss-heavy intro, “Fishscale” commences with “Shakey Dog,” a cinematic punch akin to a car chase opening an action movie. We’re with Starks on the way to a robbery. He’s in the backseat eating fish and dipping French fries into ketchup. He drops tartar sauce on his shoe, a portent that the advancing plot might not go as planned. By the end of the song, nearly a dozen people are dead and a bullet has grazed our hero’s ear.

Across “Fishscale,” the rapper’s verses are dense with wordplay and references: cheeba weed brownies, “Sanford and Son,” fried plantains and rice, centipede stab wounds, Pyrex scholars and extract oil cut from Cuban plants. He raps of professors at war and terry-cloth Guess shorts; of a lover, whose “voice was a slow jam, full length white mink,” who seduced him in a room scored by Barry White slow jams and with cigarette smoke that “floated when it left her throat — spelled ‘Honey’.”

As with every work of art, “Fishscale” is a portal, in its case into a space dense with action, urgency and invective. Yes, you are still sitting on the couch, but you’re also wandering in isolation through the fabric of someone else’s musical universe.

The Los Angeles-based Mann is one of the city’s most eloquent songwriters, and for this insular record she and producer Paul Ryan convey a sense of gentle effortlessness. Strum-propelled waltzes augmented with subtle string arrangements (“Stuck in the Past”) ease into songs about abyss-leaning narrators. “Three thousand miles to sit in a room with a vanishing groom,” she sings on “You Never Loved Me,” a song about someone who gets ghosted after traveling to meet a fiancé.

And then there’s “Patient Zero.” A song written long before sheltering in place became standard, its opening verse reads like a portent: “They served you champagne like a hero / When you landed someone carried your bag / From here on out you’re patient zero / Smelling ether as they hand you the rag.”

Turn the volume up to 9 as Ryan’s arrangement builds. Measure by measure, he and Mann add texture: a gentle tambourine, plucked-string accents, a precisely placed kick-drum. Organized noise, made by experts in their field and recorded when the virus lay dormant in some god-forsaken bat’s innards, but resonating anew.

“Life is good / You look around and think / I’m in the right neighborhood,” Mann sings as she seizes the narrative. “But honey you just moved in,” she adds, as if predicting catastrophe. “Life is grand — and wouldn’t you like to have it go as planned?”

If it had gone as planned, you wouldn’t be reading this right now. But we are stuck inside. We don’t know for how long. There are no sports. You have been scrolling through the Netflix page for an hour now.

Give up. Let go. Things may be falling apart, but there’s still music.

On their epic 2011 double CD, “RE: ECM,” the experimental electronic producers Ricardo Villalobos and Max Loderbauer were given the keys to the vault of the lauded jazz and contemporary classical label ECM Records.

Villalobos and Loderbauer built an abstract masterpiece from these measures. A haunting, minimal tapestry of acoustically created tones and voices that the pair then electronically recontextualized, each of the work’s 17 pieces draws from specific ECM works.

“Rensenada,” for example, uses as source material jazz multi-instrumentalist and Miles Davis collaborator Bennie Maupin’s classic 1974 album “The Jewel in the Lotus.” Among the players on the recording: Herbie Hancock on electric piano, bassist Buster Williams and a trio of percussionists including Billy Hart.

“Rekondakion’s” source material is a sacred chorale by Estonian composer Pärt. Inhabiting it at full volume can be an overwhelming experience. Pärt composed the piece for the 750th anniversary of the Cologne Cathedral, but to hear it reworked by Villalobos and Loderbauer — to absorb it minus distraction, moment by measureless moment — is to be transported to a place immune to anything nature can throw at us.